The sixth workshop of the partnership is the workshop “In deep water” held from 21 to 25 March 2017 at Ex-Convento del Ritiro (Via V. Mirabella, 31 Siracusa, Italy) and the Final performance “Borders”.

The workshop will be held by the DiversaMente partner of this partnership.

The workshop deals with on the subject of people with disability and the economic inclusion in society, inviting all participants to share good practices and learn how to use theatre for developing the following Key Competences:

The workshop will be focused on the real influence that the local context has in the daily life of PWDs (problems of the disabled in the local community) and the opportunity given by the international workshop.

The workshop will be organized in the historical site of Ortigia-Siracusa, giving the opportunity to all participants to work in an historical place and at the same time give visibility to a venue that belongs to all European citizens.

The performance will be public, open to all audience and disseminated thanks to audio/video recording to be uploaded in internet, press and all relevant foreseen media.

The workshop  “In  deep water”  tries  to  answer  to the  question: “What are the boundaries of the human being?” facing  those issues:

Using four short scripts, we will face the borders of ourselves and the borders of the relations with the others. Body, voice and feelings will give us emotions, and “stealing” a D. Lynch quote:

Emotions are like fish. If you want to catch little fish, you can stay in the shallow water. But if you want to catch the big fish, you’ve got to go deeper. Down deep, the fishes are blackberries and more powerful as well. They’re huge and very beautiful.

DiversaMente association will joined with the members of the partners organisations and will be responsible for writing the play, directing it, preparing the setting, the costumes and playing/performing it at an open space in front of an audience.

The workshop will be held by Andrea Ibba, actor and director.

Finally, the workshop will be recorded and later published on the Platform – in order to disseminate the results and invite other individuals and organisations to join us in a future network and/or use our work.

The participants include both people with disability and educators who originate from eight partner organisations and seven countries of Europe. 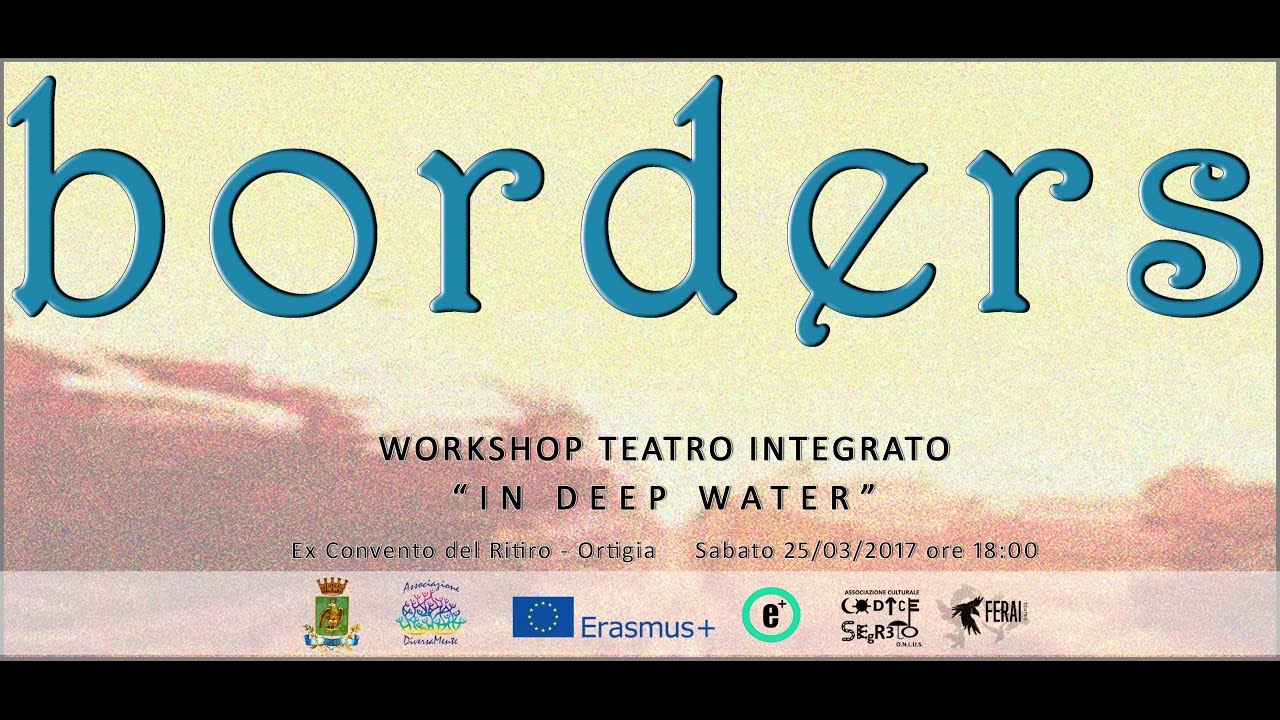